Several tools at cov.lanl.gov track common variants of Spike over time and geographically. The color key shown here provides consistency among these tools.

Not all of these variant lineages are currently expanding, but all were a significant part of a regional sampling at some point in 2021. We note in the key the Pangolin lineage designation associated with these variant forms of the Spikes we are tracking, but please note that our web site tracks the actual most common Spike found in the lineage, plus variants with additional mutations in that backbone, but not the Pangolin lineage itself. We do not include sequences that are likely ancestral forms of these virus, with partial sets of the listed amino acids, in our tracking summaries. The Greek letter WHO designation for these variants is also noted.

A few of the simpler forms we are tracking require an exact match: the G clade with just G614D, and several other Spike variants with just single mutations in addition to G614D. This is to distinguish these single Spike mutations from expanding lineages that include those specific mutations.

Our input data is a filtered set of GISAID data that excludes incomplete or problematic sequences, as described by Korber et al. 2020 (Cell 182:4 812-827). 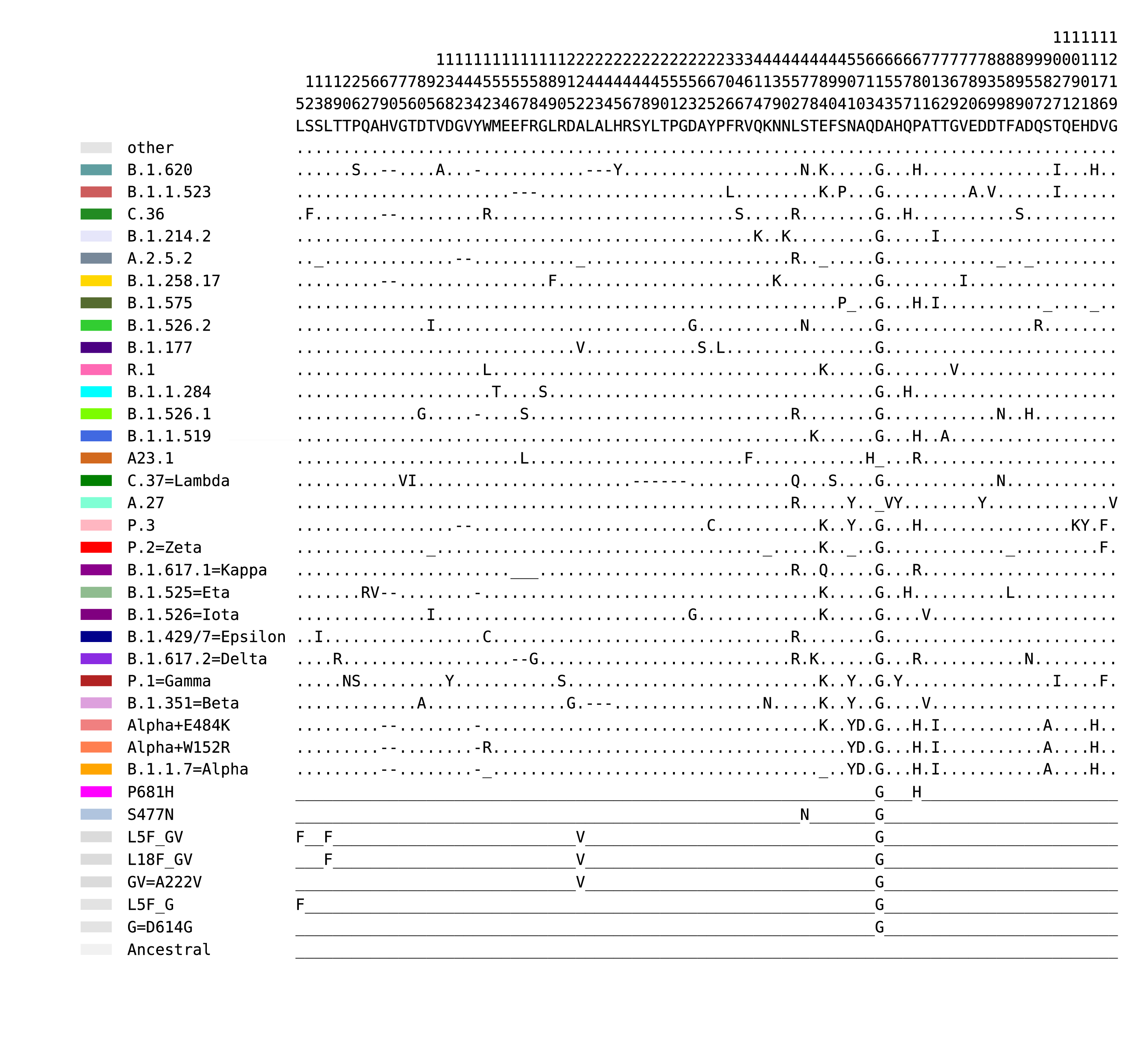 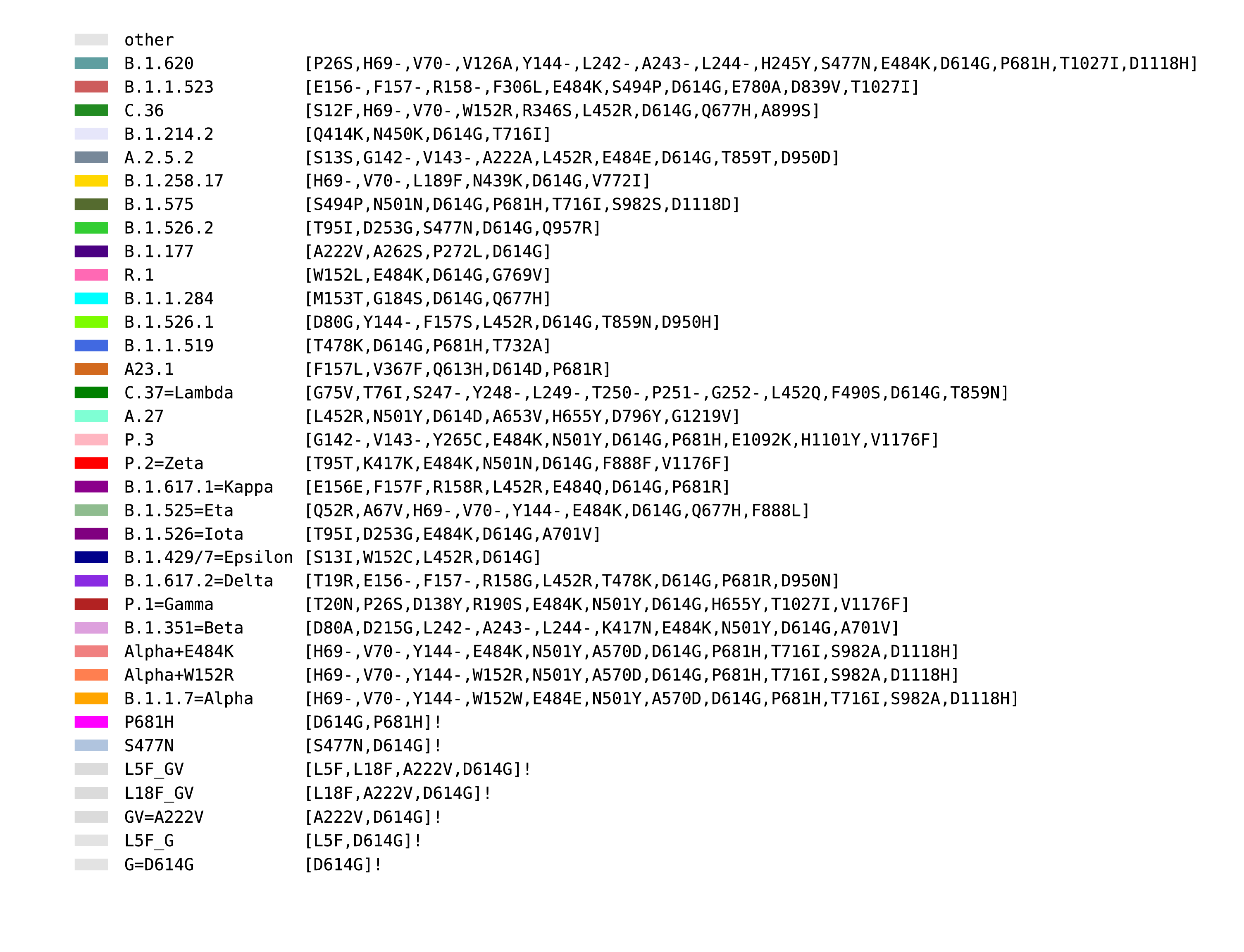