NOTE: We are NOT tracking insertions in Spike sequences in this output; insertions are still very rare, but are found on occasion.

In particular, we have found them associated with a few rare Pango lineages including:


Where 'insert' indicates an insertion at the given position followed by the list amino acids added, and 'del' indicates a deletion. 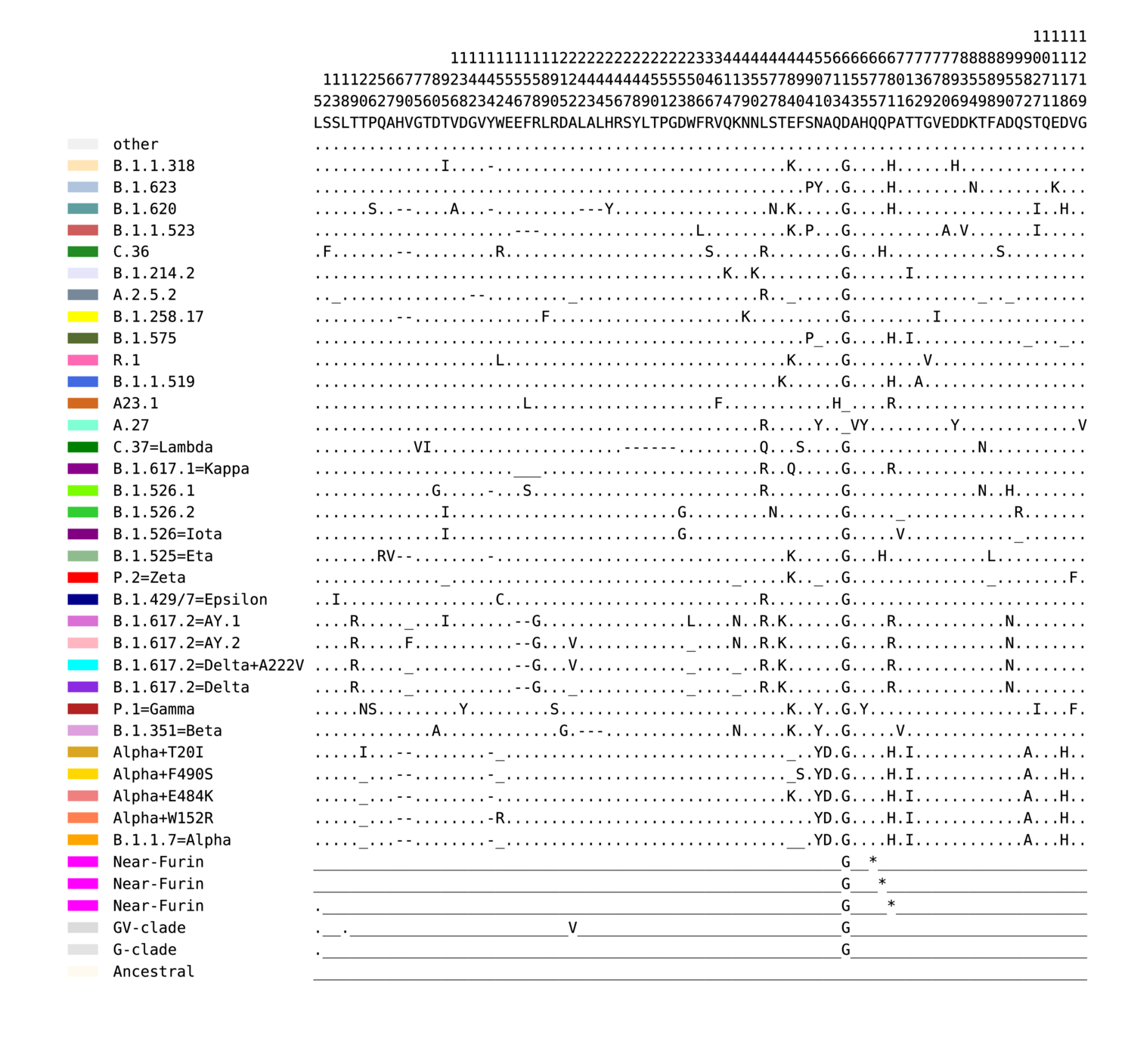 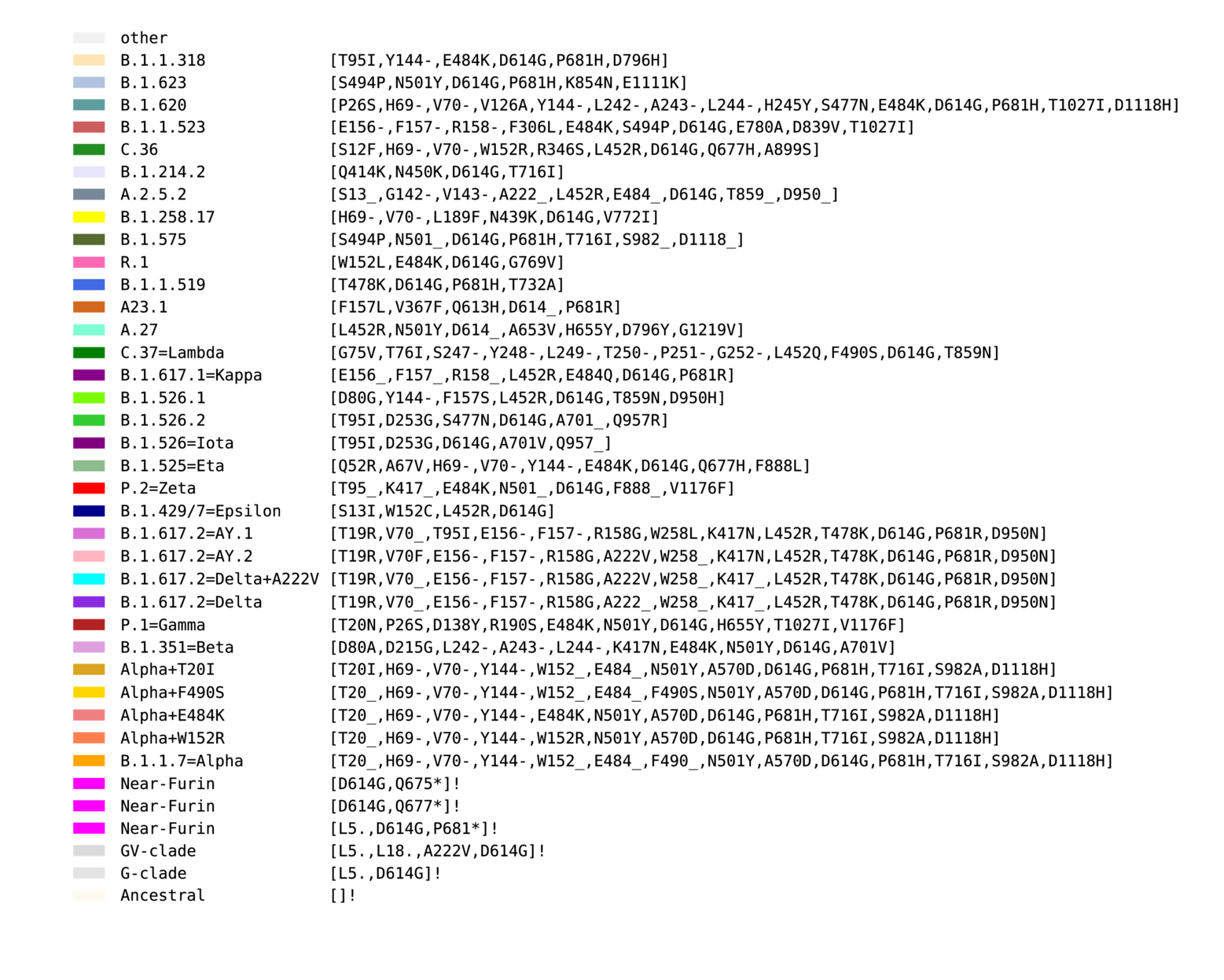 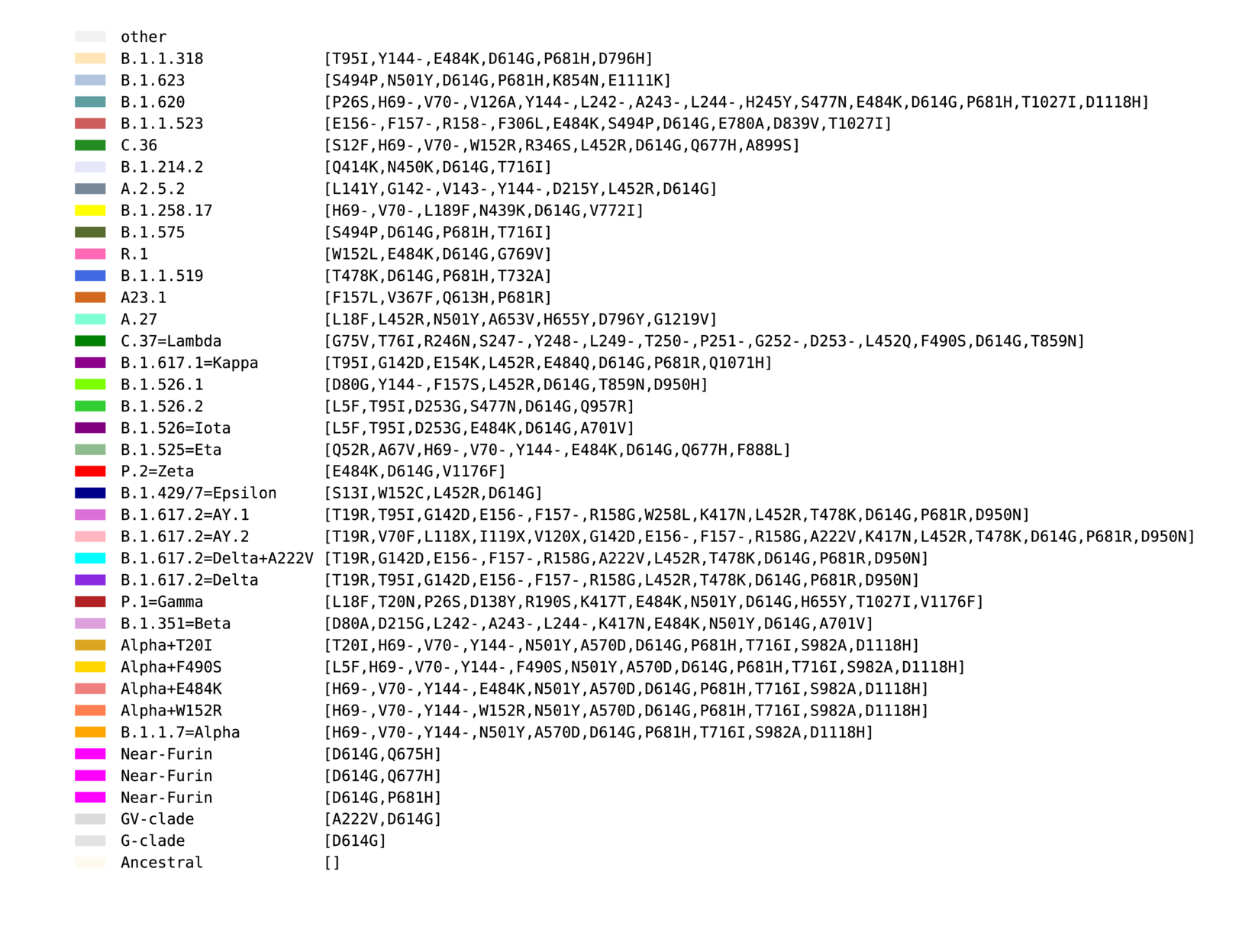